Belated Release Announcement and Thanks! 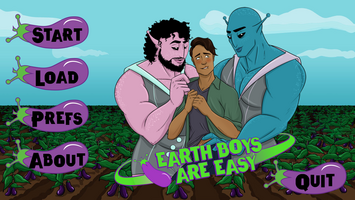 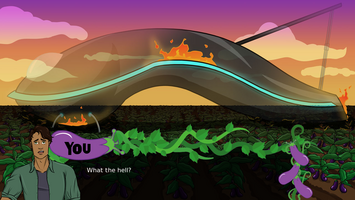 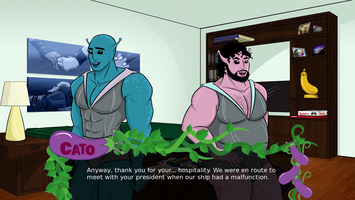 Sorry for the delayed devlog, but PoorlyFormed and I have been touched by the feedback we've been getting about the game, and we're happy that everyone seems to be enjoying our silly little out-of-this-world romp.

So... in case you haven't noticed, the game is out! And it's playable! And it has words and images and things! (And 🍆!)

But that's not the end!

PoorlyFormed is hard at work on making the game even sexier for you, with additional CGs. We don't have an estimate for when they'll be done, but there will be a new game release with that content at some point in the next few weeks.

So keep your eyes peeled for that update. And, as always, 🍆

Get Earth Boys Are Easy

Aliens, eggplants, and love. Find your extraterrestrial bae in EBAE!